SAN MARCOS, TEXAS – San Marcos is a small city with an estimated population in 2015 of about 60,000 full-time residents, but when Texas State University starts fall classes that increases by about 38,000 students.

With such a large change in population, many assume the demographics and culture of the city changes. But what do students have to say?

“There’s not much of a culture shock at all,” said Texas State senior, Matthew Cirilli.

Cirilli grew up in San Antonio and served four years in the U.S. Navy as a corpsman. Many of his friends attended Texas State University, so Cirilli said he was in San Marcos regularly before deciding to attend the university himself. 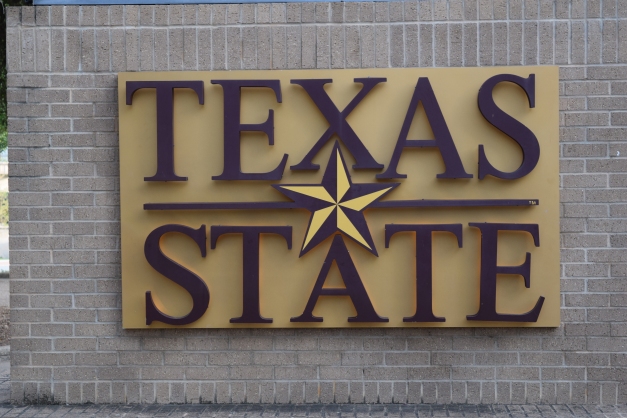 The most recent census in 2010 reflected that San Marcos is split almost evenly between females and males, with slightly more females. Texas State University’s marketing department reports on their website that the fall 2015 enrollment was comprised of 58 percent women. In the end, San Marcos sees a mere 3 percent increase in its female to male ratio. Just over 53 percent of the total combined city and school populations is female. Overall, the gender statistic does not change significantly.

Some students commute from the surrounding area, further reducing the impact of the student body on the city’s demographics. Diane Harrison, a psychology major with a double-minor in music and anthropology commutes from Bastrop, while others commute from Austin, Hutto and Round Rock.

“It’s a lot more farm-like than growing up in Austin or here, but not too much different. Just takes longer to get places there,” said Harrison.

According to Texas State’s University marketing department, the student body is 50 percent white, 33 percent Hispanic, 10 percent African-American and 5 percent from other racial backgrounds. The city’s population, without the student body included, is about 54 percent white, 6 percent black, 2 percent Asian, 38 percent Hispanic and 4 percent other racial backgrounds, according to the U.S. Census Bureau’s 2015 estimates for the city. Thus, none of the demographics for San Marcos shifts extensively when the students arrive, except for the overall number of people living there, which increases by about one-third.

The backgrounds of the students are diverse, with some hailing from larger metropolitan areas like San Antonio and the Dallas/Fort Worth area. Some grew up in small farming communities like Bastrop, while others dealt with more rough and tumble environments, like freshman computer information systems major, Kira Granados. Granados grew up in the Dallas area, and more recently lived in Grand Prairie prior to starting classes at Texas State this fall.

“There were a lot of fights in Dallas. I didn’t get into many fights,” said Granados. “I was friends with people who did though, but I didn’t get involved [in] most of that.”

Each student came to San Marcos to attend Texas State University for different reasons. Cirilli wanted to rejoin old classmates; Harrison wanted to attend a program that would let her pursue a career in music therapy; and Granados came to Texas State instead of the other three colleges that had accepted her simply because it was easier to find a ride. Each of them feels like the transition from their hometowns has been easy.